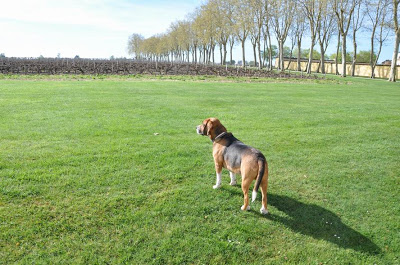 White wines, anything from Garganega blends from the Veneto to Verdicchio, whites from Campania or Alto Adige. Crisp, higher acid, but freshness. More than an experience of a beverage. Hey, I still have those moments when I get in front of greatness and sip from the chalice; I have not become immune to those experiences. But the days of launching a magnum of 1911 Chateau Lafite to go with BBQ are long gone (and yes we did things like that in the 1980’s).

So this is sort of a personal journey and even more it is a peculiar mystery, for I really don’t know how I got here from there. Is it having tasted wines that I now know what I like? I mean, the thought of a Quintarelli red doesn’t repulse me, not at all. They just don’t appear to appeal to me, even though it was a Gaja wine (’78 Barbera) which really opened me up to the wines of Piedmont. And this is now and while that was then, I am somewhat perplexed by my route. I like fruit. I don’t mind tannin. But I am not fond of oak or high alcohol. Usually, but not always. What the hell kind of palate do I have and who has commandeered it? It’s like what I like to drink and what I “think” I should like are two different things. And we are not even descanting natural wines’ salubrious world; I’m just talking wine in general.
I could envision drinking Riesling for the rest of my life on a regular basis. And white Burgundy. And those beautiful crisp white wines from Italy. Even the occasional Chardonnay. But what about all those reds in my cupboard? When am I going to get around to drinking them up?
I guess what I am searching for and cares to comment, is their personal path; taste evolution let’s call it, in combination with the procedure.
No, what I am really getting at, looking for, is if some of us change what we’re looking for in wine when we reach a certain age? I mean, some guys (and women) begin searching for younger partners and faster cars when they reach their 50’s. 60’s and 70’s. And while that might be more of a reflection of one’s personal and emotional maturity, is there something to it when I hear a guy in his 50’s tell me he really likes “Big red wines from Napa” (P.S. you should have seen his wife).
Echoes from the writings – Posted May 20, 2012

That was the question I posed on a Facebook months ago. I have been considering it for some time now, and doing research that was active.

In my entire life, I have to say, my preferences have ranged all over the board, such as waves of appreciation. For a while I would taste the Bordeaux reds I could get my hands on. But my diet, which ranges from low to no red meat doesn’t complement them. I was into Rhone reds again, and also, besides the occasional spicy chicken on the grill or holiday repast, I found them hard to take on a regular basis. Not that I did not like them, it was more that I simply didn’t have a lifestyle where these wines match on a regular basis.

What I am finding is that I am enjoying wines that are lighter. We started a 1970 Chateau Latour . 11.5 percent in alcohol, so in effect a lighter wine. But what a red it was. It needed nothing to complement it, although it was still vigorous and not anywhere near having peaked.
In the meantime especially the older ones or ones who’ve been sipping on wine for a while, let’s say. I know that might leave a few of the young’uns from the discourse, but feel free to join in if you want to. In this situation you will be in any event sooner than you think. Like the time you go to bed and wake up. Thirty years is a good night’s sleep. And a ton of wine pleasure.

Red wine, in actuality, is becoming harder for me to find a place for in my diet. What’s with that? As I wrote in an earlier post, the Riesling I had last week (with a baked potato and yogurt of all things) shook my world, and in a good way. If anything I am finding my taste towards wine is currently going then red and then rosé and more to white. If my refrigerator doesn’t have a ton of wines I get worried, just like I don’t have enough provisions. Meanwhile I have a whole walk-in cupboard full of red wines I have been collecting for the last 30 years. My background is really represented by the cupboard. There are Bordeaux reds in there, along with Rhone reds, mainly from the northern Rhone. Italians are in there, a lot of Tuscan reds, Piedmont reds and reds from Abruzzo, along with the occasional oddity from the Marche, Apulia and Basilicata. And then there are those Texas reds I are ready or rotten and forgot about, based on which wine we’re currently talking about. Those wines look more like notations that are historical as opposed to a record of my preferences.

"If you haven’t already, it’s time to get in the summer spirit with amaro. … END_OF_DOCUMENT_TOKEN_TO_BE_REPLACED

"A side dish that will blow your friends minds, they won’t believe that you … END_OF_DOCUMENT_TOKEN_TO_BE_REPLACED

"Dr. Praegers was one of the first brands I found, and today, over ten … END_OF_DOCUMENT_TOKEN_TO_BE_REPLACED