One interesting thought. Have you ever wondered where the word “flight” originated in connection with
sampling several wines in a lineup is in “tasting flight?” According to The Word Detective at www.worddetective.
com, “Flight” of wines wines first appeared in print in 1978 according to the Oxford English Dictionary
(OED). The OED defines a “flight” as “a selection of small portions of a specific type of food or drink,
especially wine, designed to be tasted together for the purpose of contrast. “Flight” was used since the
13th century to mean “a group of things or beings flying through the air together.” “Flight” in the wine tasting
world was probably adopted to convey the sense of gathering of varied small samples.

In the pages that follow, I will lay out short profiles of those who have followed the dual careers of pilot and
vintner with ones involved seriously with Pinot Noir receiving the most attention. I am sure there are a number
of wineries or vineyards with pilot owners that I have overlooked. I have only included wineries where
information was reliably available. Inquires into a number of possible pilot-related wineries received no
response.

Traveling for years along the Pinot Trail, I have noticed there’s predilection for pilots and specifically
commercial airline pilots to take on a career in the wine industry as vineyard or winery owners and frequently winemakers. My research has uncovered over 30 domestic wineries in which pilots are involved as winery
owners, winegrowers or winemakers, and in several of instances focused on Pinot Noir.

The wine and pilot connection has deep roots going back to Joseph Swan fifty years back. Swan was a pilot for
Western Airlines when, at age 45 years, purchased a Zinfandel vineyard, barn and house on
Laguna Road in the Russian River Valley. The area was a few miles from Westside Road and the Middle
Reach sub area of the Russian River Valley, but the climate was cooler and foggier. Andre Tchelistcheff
suggested to Swan that he plant Pinot Noir in the area. In 1968, he retired from his pilot job, and after
harvesting the planted Zinfandel that year, started a replanting of the 10-acre vineyard into Pinot Noir (Mount
Eden budwood), Chardonnay and Cabernet Sauvignon.

I discovered three vintners in particular that managed to shed some light on why pilots are drawn to the wine
industry: Brad Alper, winegrower and owner of Square Peg Winery in Sebastopol, Sonoma County, Chris
London, owner of Spring Hill Vineyard in Petaluma, Sonoma County (pictured), and Robert A. Morus, owner
and winegrower of Phelps Creek Winery in the Columbia Gorge area of Oregon. My interviews together
revealed contrasts as well as parallels between the wine industry work and airline pilot.

Flying, and in particular global flying, is not great for one’s health. Haul all-night flights are
detrimental to the health of one. Working with the land outdoors provides a counterweight to the stress of flying and commuting in a cockpit that is restricted. Robert pointed out, “Pilots are led to grapes as part of the balance of life.
Chris agreed, “piloting involves
constantly working in a restricted environment. On days off, pilots may look for the fresh air and freedom of being
outdoors, something that farming provides.”

Wine require one to think ahead as does flying, as parallels. Attention to
weather and seasons is another commonality. Like flying grapes requires you to stay ahead of
problems. As Brad told me, “Pilots live by the adage that never let your aircraft enter airspace that you mind
hasn’t already penetrated.” Both jobs require a knowledge of science and precision.

Chris pointed out that pilots enjoy the perspective of wine regions and vineyard land from the air, an
opportunity unique to their profession and an experience that piqued their interest in winegrowing. He also
mentioned the enviable lifestyle of winegrowers, the camaraderie among those in the wine business, and the
opportunities to meet so many interesting people as attractions of a second career in wine.

Brad summarized the feelings of many pilots who turn to wine as a second career. “My life is so different from
where it could have been had I continued flying. I’ve met so many people that I never would have met and
done so many different things. I’m grateful to have the opportunity to have a second dream career.”

They don’t have anything to show for their work other than a paycheck when a pilot exits an aircraft after a flight.
When a pilot retires, they don’t have anything to fall back on and have nothing to sell. As winemaker, winery owner or a winegrower, they could work is for themselves and until the day they die. Not only can
you create our own paycheck, you have something which may be sold.

Swan’s Trenton Estate Vineyard Pinot Noir prospered and subsequent cuttings, termed Swan collections or
erroneously the Swan clone, were utilized by vineyards in California and continue to be planted in
various websites today. Aside from the selection, Swan left a legacy that included popularization of Old
World, Burgundian winemaking methods that included punch downs, use of French oak barrels for
aging, and experiments with whole cluster fermentation.

He told me, “My dad was a Pan Am pilot, so I got a glimpse of the
‘good old days.’ Pan Am practically apprenticed pilots into living high culture. Attending the theater, drinking fine wine, dining out, and appreciating art were things. Those days are gone, but I think that
period left a lasting impression about living a good and interesting life.” International pilots often travel to cities
near major wine regions and become drawn to visit those areas on trips.

Although this article is focused on pilots, there are a number of current and former flight attendants who work in
the wine industry, Kerry McDaniel Boenisch, owner of McDaniel Vineyards, now Torii Mor Winery, wrote of
former flight attendants working in the Oregon wine industry: www.oregonwinepress.com/connecting-flight.
Former flight attendants make ideal hospitality workers at wineries. Kerry profiled Silvia Kraft, a former Pan Am
flight attendant (1979-1991). who has worked at Anne Amie Winery, Maysara, and St. Innocent Winery. Kraft
said, “During my flying career, I learned to anticipate people’s needs, ask them questions and make them feel
important so they would have a good experience. That’s very much like the customer support experience people
expect in a winery.”

The are occupational contrasts to think about. Many airline pilots become involved with wine while still
employed, and a number of them retire early to concentrate on wine activities that are growing or their own winery. The pilots who
have left flying to become winegrowers or winemakers or both share several traits. They wanted a new
challenge and the opportunity to become something more than just pilots. Being a pilot for several years had
become boring and simple . So the wine industry provides an opportunity pilots are risk adverse. Wine grapes and making wine is risky but the decisions are much less stressful as those associated with flying.

"If you haven’t already, it’s time to get in the summer spirit with amaro. … END_OF_DOCUMENT_TOKEN_TO_BE_REPLACED 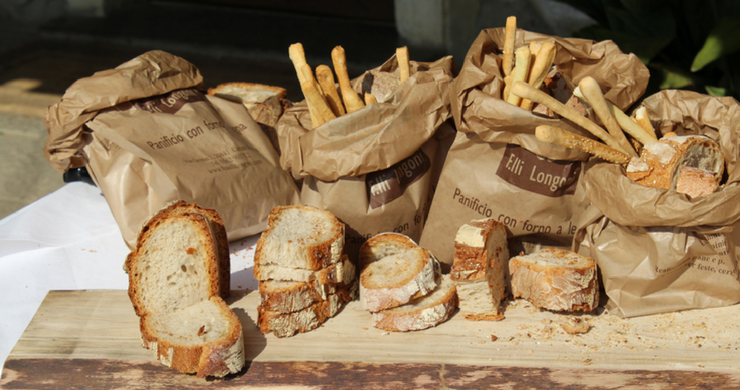 Some great quick tips for making a delicious recipe. Try this fantastic … END_OF_DOCUMENT_TOKEN_TO_BE_REPLACED 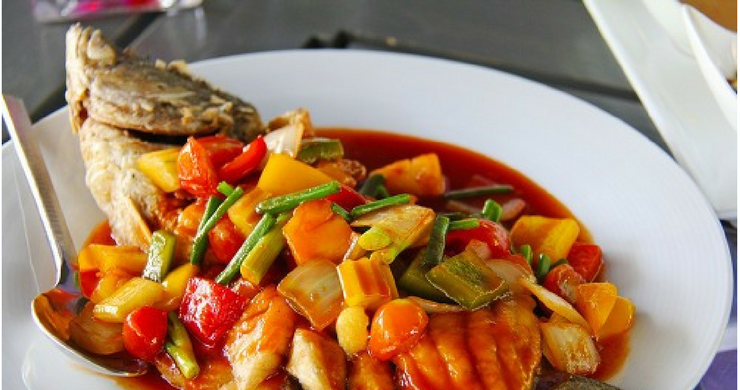 "If you want an exceptionally creamy filling in quiche, use all heavy … END_OF_DOCUMENT_TOKEN_TO_BE_REPLACED